This guide will explain how to become a mobile beta tester for Skritter.

If you would like to test the latest updates for the mobile apps early (either iOS or Android), you can join the beta program!

Becoming a beta tester means you get updates sooner, however, as with any beta version, you might encounter some bugs and things could break. We will be deploying regular updates with bug fixes and improvements based on your wonderful feedback. Don't worry, you can always go back to the public release if you need to.

Use these links below to install the beta app. You may need to download the app "Testflight" from the app store to make this process quicker:

Send feedback directly from the app using the sidebar menu.

You can also send us a direct email at team@skritter.com, or reach out on the forum at https://forum.skritter.com

The iOS beta through TestFlight is separate from the existing iOS app. You can keep both installed on your device, and then launch either one depending on which version you would like to use.

On the Play Store page, search for Skritter Chinese/Japanese. Click into the play store listing, and scroll down to the bottom of the page until you see a box asking to JOIN the beta. 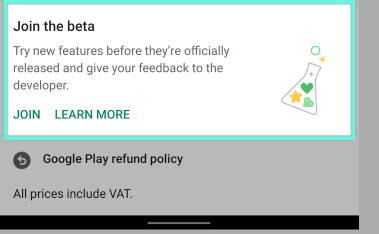 You can send feedback directly from the app sidebar.

You can also send us a direct email at team@skritter.com, or reach out on the forum at https://forum.skritter.com 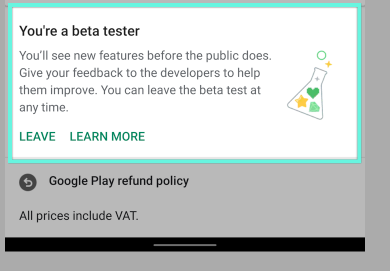 On the Play Store page for the Skritter app, scroll down until you see the beta participation area, then click LEAVE.

If you would like to revert back to the non-beta version, you will need to delete and reinstall the app after leaving the beta program.