Learn about the latest features, updates, and improvements to the Skritter mobile apps. 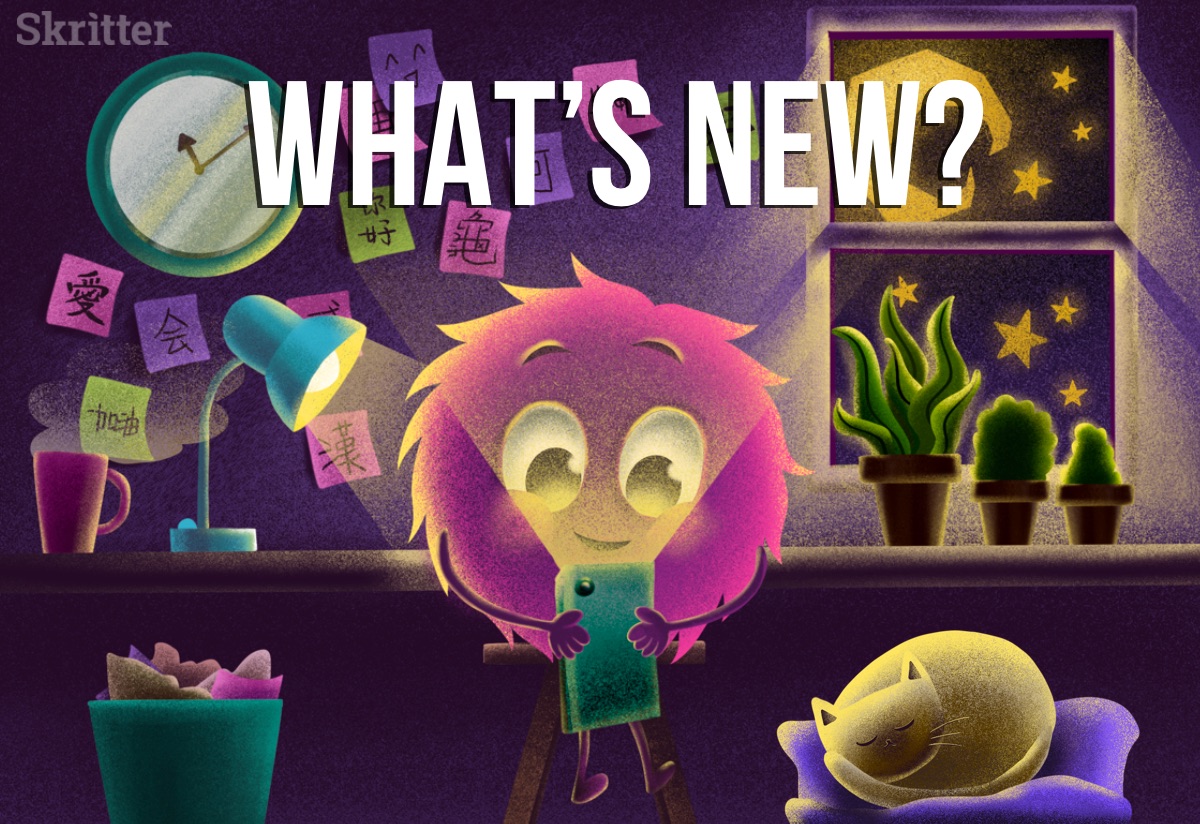 The 3.7.0 release offered many exciting updates. Learn about them in the video below and stay tuned for another video update soon. In the meantime, scroll down to find the most current updates. 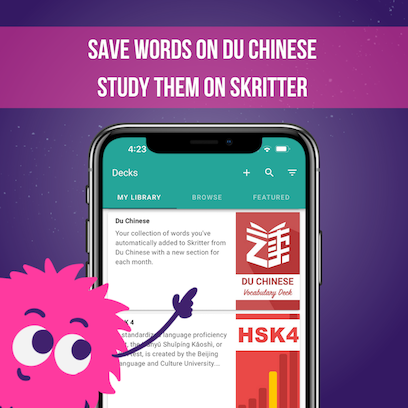 You can now sync your Skritter and Du Chinese accounts! Save words on Du Chinese and they will spawn on Skritter in a custom Du Chinese deck. A new deck will be created each month. Integration is quick and easy, read more about it here. You can save 10% on your first Du Chinese purchase with the code SKRITTER10.

MDBG Integration is Back 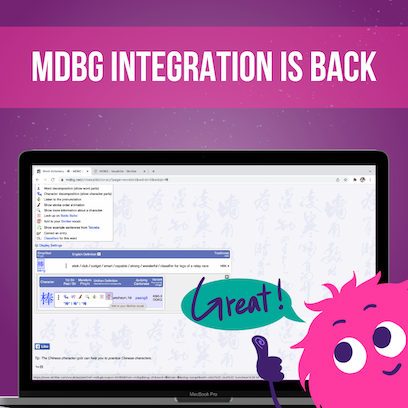 Some of you may have noticed that the MDBG dictionary integration was temporarily gone, but it is back now! While using MDBG, you can tap on the Skritter icon to add words directly to a custom Skritter deck. Once you have added a word from the dictionary, a custom MDBG study deck will appear in your library. 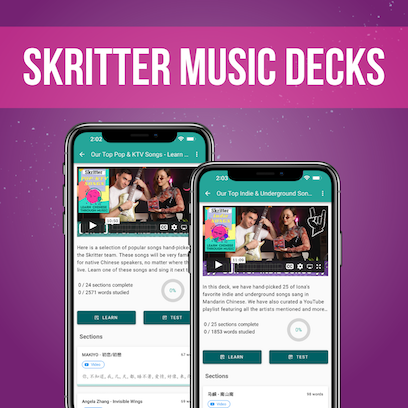 Skritter's content team is constantly working to create new pre-made study decks to enhance your study experience. You can now learn useful vocabulary via music in our Learn Chinese Through Music decks. There are two decks:

Pop / KTV Songs - A selection of popular songs hand-picked by the Skritter team. These songs will be very familiar for native Chinese speakers, no matter where they live. Learn one of these songs and prepare for KTV!

Indie Songs - A selection of 25 indie songs hand-picked by Iona.

We have also curated YouTube playlists for Pop and Indie songs. These playlists include all of the artists mentioned in the deck and more! 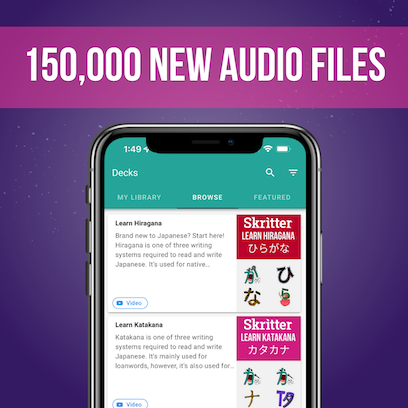 On the Japanese side of things, we have been working on getting high-quality audio files into the app to fill in missing words, and have now added around 150,000 new audio files. If you're using the Japanese app, you may need to refresh your local data to hear all the latest audio.

Be sure to check out our version history in the App store / Google Play store to see a full list of bug fixes, changes, and improvements. Happy studying!